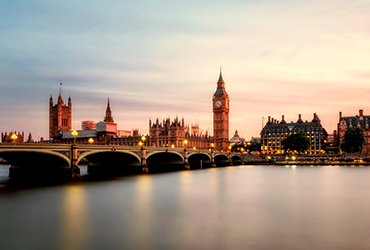 Why Study In United Kingdom?

The country offers well recognized education system which is acknowledged across the world. UK is culturally one of the most diverse countries in the world. Britain is multi-cultural, multi-faith, and multi-lingual, and has a long and successful history of attracting and welcoming visitors, especially students, from all parts of the world. UK has a temperate climate, with rainfall all year around.

There are approximately 168 educational institutes across UK; out of which 89 are the universities, colleges and 54 are higher educational institutes. one of the chief advantages for international students to choose UK institutions is the afford ability. Besides that quality education is the forte of UK's education system which is recognized globally.

The academic year for many universities in the United Kingdom begin from mid-September or in January. The universities have 2 semesters, and there are holidays of 6 weeks in July-August. For applying to under graduate program or post graduate program student must score at least 60% in their previous studies.

London is Capital and the largest city of both England and the United Kingdom. London is considered to be the world's most important global cities and has been termed as World's most powerful country. London has diverse range of people and culture and almost 300 languages are being spoken here. Some of the most famous education institutes are University College London, Imperial College of London, London School of Economics.

Leeds is the city in West Yorkshire, England and has most diverse economies of all the UK's employment centres. It has also seen the fastest rate of private-sector jobs growing in any of the UK city. Leeds has also become the largest legal and financial centre, outside London with the insurance and financial industry of worth 13 billion pounds to the city's economy. The city is known to have fourth largest population of students. There are universities like University of Leeds, Leeds Beckett University, Leeds Arts University.

Edinburgh is capital city of Scotland. It is 2nd most populous city of Scotland and 7th most populous city of the United Kingdom. The city is famous for the Edinburgh International Festival and the Fringe, the latter being the world's largest annual international arts festival. In the 19th century the city was known for brewing, banking and publishing. The city has universities like Queen Margaret University, University of Edinburgh.

International students from Non-English speaking countries will need to prove their efficiency of English Language. They need a minimum score of 6.0 in IELTS at the first-year level. Each of the New Zealand University has its own specific requirements.

IELTS score of 6.0/5.5 for undergraduate and IELTS score 6.5 / 6.0 for postgraduate courses, is considered desirable.

Students can even get admission without IELTS if they have scored above 70% in their class XIIth.

The UK university system is similar to the universities in other countries, and offers the international students part time job opportunities, during the course of their studies. The maximum permissible work limit for each week is 20 hours, and for carrying out these work hours, an international student has to apply for the work permit. Working in the UK's university culture help the students to not only earn, but also provides them the opportunity to become self-dependent in their lives.

There is visa fees of 348 Pounds. A student needs to show enough funds available to support their education while studying in the UK. The Home Office (UKVI) has set the amount of maintenance funds you need to have available. You must show that you have:

Stay updated with all the happenings at KIA Consultant by subscribing to our newsletter.